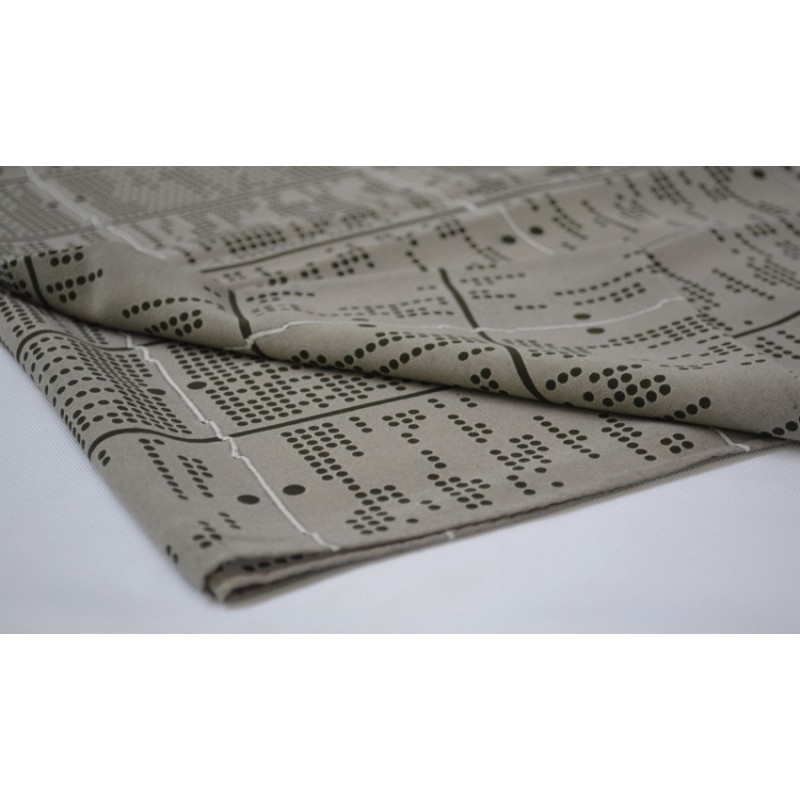 The printed matter Jacquard loom was created by Silk me Back on the occasion of the exhibitions " The Silky Ambassies " within the framework of the Festival Label Soie in Lyon November, 2017.
This printed matter in the very contemporary design is nevertheless a tribute in the particularly creative silky and textile heritage of the textile sector the history of which is inseparable of the histor of the innovations. Indeed, this printed matter takes back the motive for punch cards finalized to pilot the Jacquard loom all over the world recognized as well in the United States, in China, in England, in India or in Japan as being tools triggers of the first industrial revolution.
These punch cards were one of the first applications of the Theory of the Binary and are simply the ancestors of our computers and others smartphone, of the informatics language 1 .0 than we use all today.

This printed matter became in some month the emblem of this creative and innovative spirit profoundly anchored in the card DNA of Lyon and its region.It was declined on two series of scarfs Edited in series limited on a range taking back the colors of origin of cardboards Jacquard loom, composed with the designer Thierry Véron Dentressangle.

21 other products in the same category: